Nurse Alex Wubbels was arrested by Detective Jeff Payne on the order of his lieutenant.

An investigation determined that nurse Wubbels was unlawfully arrested after Detective Payne was ordered by Lt. James Tracy to arrest Wubbels if she failed to co-operate with a blood draw.

It became apparent that neither Detective Payne or Lt. Tracy were familiar with current case law concerning blood draws based on implied consent.

Chief Mike Brown has yet to offer any explanation to why he failed to ensure that his officers were properly trained on current case law.

Lt. Tracy was demoted to officer for ordering the unlawful arrest.

Detective Payne’s attorney said that Detective Payne had served for 27 years and questioned if the incident warranted termination. The detective had previously received commendations for solving burglary cases and being shot in the shoulder during a traffic stop in 1998, according to Star Tribune.

He had also been previously disciplined for sexually harassing a female co-worker.

The initial incident happened on July 26 at around 2 PM when a Utah Highway Patrol officer was in pursuit of a pickup truck on ST 89/91 near Sardine Canyon, according to Salt Lake Tribune.

The pickup driver, Marcos Torres, 26, died on scene. The semi driver, William Gray, exited his vehicle while he was on fire. He was transported to University Hospital in Salt Lake City for treatment. Gray was a reserve officer from Idaho and he later died from his injuries.

Neither Detective Jeff Payne or Lt. James Tracy appeared familiar with the change in case law.

Because the search was unlawful, nurse Wubbels could not have committed a crime by “interfering” with it.

The agency has since updated their policies concerning blood draws, and the hospital has implemented policies telling nurses not to talk to the police. 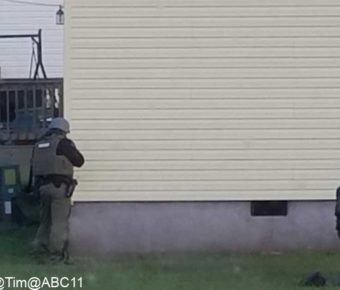