On Friday, San Diego County District Attorney Bonnie Dumanis released videos and findings for ten different officer involved shooting incidents. The involved officers were cleared of charges in all of the cases. The DA appropriately waited until their investigation was complete prior to releasing the videos. While each of these incidents was clearly a justified use of force, police agitators would surely have cherry-picked and intentionally manipulated any information that was released prematurely, and increased pressure to prosecute innocent officers.

In six of the cases the suspects died of their injuries, and four suspects survived. The shootings involved San Diego Police Department, the harbor police, and El Cajon police.

The DA reports that drugs were in the systems of eight out of ten of the suspects, and seven of the suspects had a history of mental illness. Incidents like these emphasize the need for providing people mental health services prior to major incidents. While the popular narrative is that if somebody has a mental illness then they are incapable of harming anybody; the reality is that people with mental illness can be the most dangerous encountered by law enforcement. If you throw drugs into the mix, then the likelihood for violence increases. Less lethal options are dramatically less effective on suspects who are mentally ill or high on drugs. This leaves officers without reasonable alternatives, besides deadly force, to stop the threat posed by suspects when they are endangering lives.

In every shooting, the suspects failed to comply with the lawful orders of law enforcement, and reasonably presented an immediate threat to the officers’ safety.

January 26, 2014: Aaron Lee Devenere, 27, of San Diego, led police on a pursuit after taking his girlfriend hostage. Devenere claimed to have a gun and explosives. San Diego Police Officer Richard Butera shot Cevenere in the head from around 51 feet, killing him.

May 14, 2104: Jose Alberto Garcia, 34, of El Cajon, pulled a gun on officers outside of his estranged wife’s home. Garcia pulled the trigger but his gun malfunctioned and didn’t shoot.. Officer Brandon Stanley and Officer Robert Wining shot Garcia, who survived his injuries. Garcia was only sentenced to eight years for attempting to murder these heroes.

July 14, 2014: Ja Ma Lo Day, 21, of San Diego, threatened the lives of his family members, armed himself with a machete, a meat cleaver, and a large kitchen knife. Responding officers attempted to deploy a Taser and K9. The Taser failed, and Day cut the K9, and was raising his arm to hit an officer with a machete when Officer Kelly Copeland and Officer Javier Morales shot him dead. As outrageous as it may seem, Day’s shooting is frequently cited by agitators as an example of excessive force.

August 6, 2014: Lance Tamyo, 45, of San Diego, called police to tell them that he was armed and suicidal. Officers confronted Tamyo next to a youth camp where there were around 100 children in attendance. Tamyo pointed a gun at officers and then Officer Mike Weaver shot him in the abdomen. Tamyo survived and was sentenced to three years probation and psychiatric treatment.

February 16, 2015: Philip McMahon, 27, of Mira Mesa, broke a neighbor’s window before the homeowner called police. McMahon was naked and initially unarmed, but he charged Officer Christopher Gripp several times and tried to take his gun. Officer Gripp attempted to use control holds and a Taser before shooting McMahon. McMahon survived and was charged with resisting arrest by force and vandalism.

July 3, 2015: Ton Ngoc Nguyen, 60, of San Diego, was contacted my Officer Michael Alberts at Nguyen’s residence. Officer Alberts was investigating an assault in which Nguyen was the suspect. Nguyen opened his front door with a knife in hand, and rushed towards Officer Alberts with the knife raised. Officer Alberts shot Nguyen once in the chest and Nguyen died of his injuries. No video is available for this incident.

September 28, 2015: Alberto Hernandez, 59, of San Diego, called 911 threatening to kill his female companion. Officers knocked on his door and he answered with a pistol in his hand. Hernandez then closed and locked the door. Officers took up a perimeter and Hernandez repeatedly opened his door and pointed the pistol out. Hernandez finally advanced on officers and pointed the pistol at them. Officers Jeffrey McCoy, Jonathon Wells, and Brandon Lull fired at Hernandez, killing him. It was later determined that Hernandez’s pistol was a BB gun.

November 4, 2015:Timothy Smith, 47, of Missouri, was wanted on multiple felony warrants and was believed to be armed and dangerous. After leading officers on a foot pursuit, Smith reached into his pockets as officers ordered him not to. Sergeant Holslag then shot Smith to prevent him from drawing a weapon. 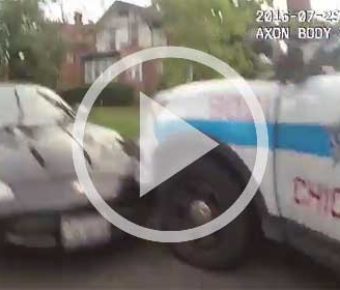