Black Lives Matter is immune to lawsuits, according to a federal judge.

U.S. District Judge Brian Jackson dismissed the officer’s lawsuit against Black Lives Matter, and said that it is “not an entity capable of being sued.”

He also dismissed the officer’s lawsuit against Mckesson, and said that Mckesson was “solely engaged in free speech” as evident by the officer’s claims.

The lawsuits were filed by an anonymous police officer who was injured by a rock thrown during a violent protest, according to AP News. The protest and rioting occurred after the officer-involved shooting and death of Alton Sterling, and was led by Mckesson.

In a 24-page ruling, Judge Jackson said, “Although many entities have utilized the phrase ‘black lives matter’ in their titles or business designations, ‘Black Lives Matter’ itself is not an entity of any sort.”

Donna Grodner, the officer’s attorney, had argued in a previous hearing that Black Lives Matter was liable.  She said, “It’s organized. They have meetings. They solicit money. They have national chapters.  This shows a level of national organization.”

In response to the judge’s ruling, Mckesson, who lives in Baltimore, said, “It’s clear that I did nothing wrong that day and that the police were the only violent people in the streets.  The movement began as a call to end violence and that call remains the same today.”

Considering that the officer who was suing him was hurt during a riot, Mckesson’s statements are clearly false.

In his lawsuit, the officer had also included #BlackLivesMatter as a defendant, and described it as a “national unincorporated association” based out of California.

Judge Jackson also said that a ‘hashtag’ cannot be sued.  He said, “For reasons that should be obvious, a hashtag – which is an expression that categorizes or classifies a person’s thought – is not a ‘juridical person’ and therefore lacks the capacity to be sued.”

The officer had sued anonymously “for his protection.”  He is referred to as ‘Officer John Doe’ in the lawsuit.

Mckesson was one of nearly 200 protesters who were arrested by Baton Rouge police officers after Sterling’s death.  His charge of obstructing a highway was dismissed by the prosecutor, along with charges for about 100 others.

The prosecutor had enough evidence to charge them, but used their prosecutorial discretion to not charge the rioters.

The “Official #BlackLivesMatter Organization” (as they call themselves on their website) was founded by Alicia Garza,  Patrisse Cullors, and Opal Tometi, who accept donations through a non-profit, called Thousand Currents.

Thousand Currents is able to accept the money as a tax-deductible donation, and then give the money to individuals associated with Black Lives Matter without requiring them to form an actual business or non-profit entity themselves. Therefore, they can operate as a well-funded organization without actually forming a legal entity.

It appears that their method of operating allows them to call themselves an organization, but on paper they don’t exist, so they are immune to lawsuits, according to the judge. 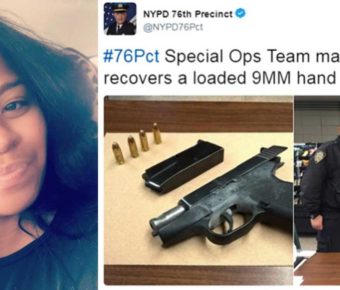