Why Officers’ Cameras Were Off During The Justine Damond Shooting

Blue Lives Matter answers: Why were the cameras off during the Justine Damond shooting?

Justine Damond Shooting – Why Body Cameras Were Off

Minneapolis, MN – The officer-involved shooting of 40-year-old Justine Damond on Saturday night is prompting many people to demand answers, and investigator’s aren’t yet being forthcoming with information.

One of the major points of focus in the shooting is that both officers’ body cameras were off and the dash camera was off, and we think that we have the answer as to why the cameras were off.

Due to the lack of information released about the shooting, we are unable to offer an opinion at this time on whether we believe if the shooting itself was objectively reasonable.

The possibility of an accidental shooting also remains high, in which case criminal charges and a conviction would be all but guaranteed.

Either way, the circumstances of the shooting appear to bizarre, it’s obvious that we’re missing crucial pieces of information. We’ll reserve judgement until the details are released.

What We Know About The Justine Damond Shooting

On Saturday night at around 11:30 PM, officers responded to a 911 call just north of the 5100 block of Washburn Avenue S. for a report of what sounded like a possible fight. Family members say that Justine Damond is the person who called 911.

According to unnamed “sources,” Star Tribune reports that both officers were in their vehicle as they pulled to the end of an alley on W. 51st Street between Washburn and Xerxes Avenues.

The sources said that Justine Damond approached the police car while wearing her pajamas, and was speaking with the officer driving when the officer who was a passenger fired a bullet past his partner and through the door, which fatally struck Damond.

Both officers’ body cameras were off and the dash camera was off.

The officers then unsuccessfully attempted to resuscitate Damond.

The investigation is being handled by the state Bureau of Criminal Apprehension. The BCA has a reputation for being slow to release information.

How did a 40-year-old woman in her pajamas get shot through a car door? We’ll have to wait for the BCA’s report to find out.

After the shooting, Minneapolis Mayor Betsy Hodges held a press conference and said, “I am heartsick and deeply disturbed by the fatal officer-involved shooting that happened last night.”

“I have questions about why the bodycams weren’t on,” she said.

Why The Bodycams Weren’t On During The Justine Damond Shooting

Being police officers who have experience with dash cameras and body cameras, we can make an educated guess about why the cameras weren’t on, although we’re entering the realm of speculation.

Most dash cameras and body cameras either do not record all of the time, or they record constantly, but only keep 30 seconds or so of video. That way when the camera is activated, it may show a brief time before activation.

There are some systems which may activate body cameras when officers take another action, such as activating emergency lights or drawing a weapon; these auto-activation systems are more expensive and uncommon.

Considering the circumstances of the 911 call, nothing should have triggered the cameras to turn on.

The officers in this incident were essentially responding to an area check. The 911 caller thought they heard a fight in the area, so the officers responded by driving through to see if they could find anybody fighting.

This is the sort of low-key incident that officers respond to all of the time. Most of the time, the people involved are gone by the time officers arrive.

There is absolutely no reason that the officers would have any reason to activate their emergency equipment or body cameras in order to conduct an area check unless they actually rolled up on an assault, at which time they should activate their cameras.

The officers were reportedly still in their patrol car at the time of the shooting, meaning nothing prompted them to exit their car and activate their body cameras.

Considering how the cameras work, and considering the circumstances, I would have been surprised if body camera footage actually did exist in this incident.

No matter what the circumstances of the shooting turn out to be, there’s no reason at this time to believe that there’s even so much as a policy violation with the cameras being off. ‘Public Enemy No. 1,’ Carl Cooper, Given Light Sentence After Prosecutor ‘Misspoke’ At Sentencing 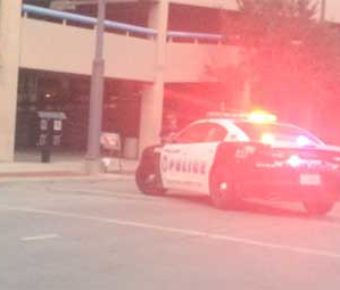