ICE Agents Eat At Sava’s Restaurant, Then Round Up Kitchen Staff

ICE Agents stopped for a meal at Sava’s Restaurant before arresting three employees.

Ann Arbor, MI – Three employees of Sava’s Restaurant in Ann Arbor were arrested by ICE agents after the agents ate at the restaurant.

Restaurant owner Sava Lelcaj said that on Wednesday at around 11:30 AM, several ICE agents ate at Sava’s Restaurant, according to MLive. After the agents ate their meal, the agents went into the kitchen area to look for an employee who turned out to have the day off.

Undeterred, the ICE agents detained the other employees, arresting three for being in the U.S. illegally. One employee was released after showing that he was a legal resident.

“Sergio Cardenas Rubio and Jesus Ortiz Hernandez unlawfully entered the United States without inspection at an unknown date and location. Mohamed Souman lawfully entered the country, but did not depart in accordance with the terms of his status. All three are currently in ICE custody.”

Sava Lelcaj claims that all employees were vetted and are legally in the U.S. Considering that two of the employees’ entry to the country was undocumented, it seems unlikely that they could have passed a serious vetting process.

Do you think that the ICE agents crossed a line by arresting the employees of a restaurant that they ate at, or do you find it amusing that they decided to have one last meal there before no longer being welcome? We’d like to hear what you think. Please let us know in the comments. Man chokes woman, pours bleach on her while son attacks her with knife 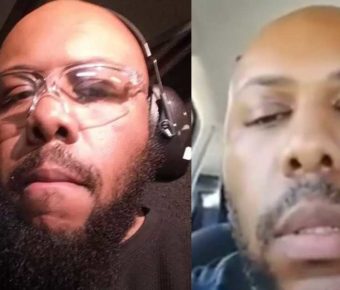